Barcelona legend Victor Valdes saw his opportunities limited for the Spanish national team during his professional career due to the preference of Real Madrid legend Iker Casillas and Pepe Reina. 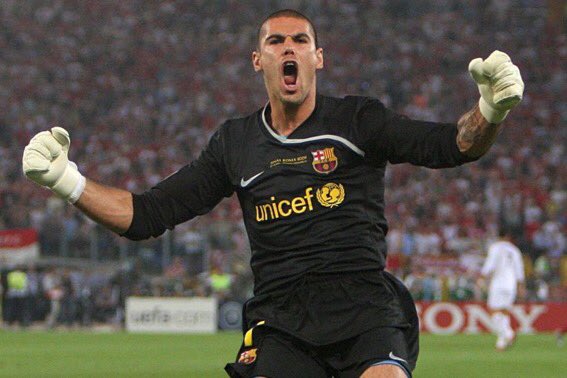 Victor Valdes was restricted to just 20 caps for the Spanish La Furia Roja during his time with the national team. His 20 appearances for Spain came within a four-year period between 2010 and 2014.

Victor Valdes made his first appearance for the Spain national team on June 3, 2010 during an international friendly with South Korea. He had been called up by Spain in 2005 but didn’t take to the field during the friendly game against South American nation, Uruguay.

His good outings for Barcelona didn’t translate into national team call-ups for Victor Valdes until he was named in the squad for the 2010 FIFA World Cup tournament in South Africa, the first time the tournament is being hosted on the African continent.