Victor Valdes spent the best part of his professional football career at La Liga side Barcelona. The Spaniard is regarded as one of the best goalkeepers in the history of the club. Hecame through the famous La Masia Academy at Barcelona before his debut for the first-team in 2002. Valdes played 535 matches for the Barcelona first-team winning 21 major trophies in the process including six Spanish La Liga titles and three UEFA Champions League titles. 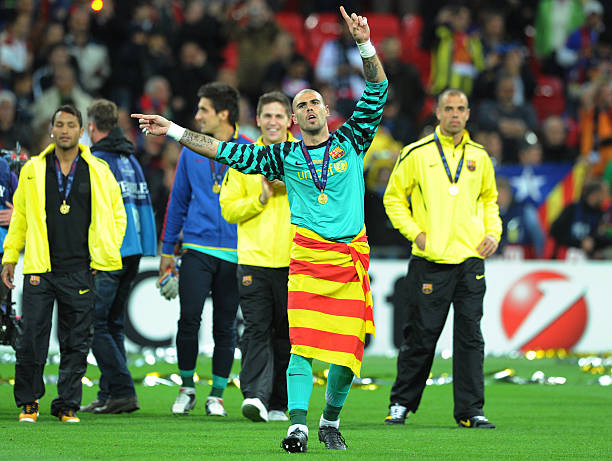 Valdes has the most Zamora Trophy wins with five and he’s the record holder for the most appearances for a Barcelona goalkeeper both in the league and in all competitions. He moved to Manchester United, Standard Liege and then Middlesbrough before announcing his retirement.