New rumours have surfaced claiming that Manchester City are interested in the possibility of signing Victor Valdes.

The Spanish goalkeeper played for their arch rivals Manchester United only recently before being released by the club. Valdes joined United as a replacement for David de Gea, who appeared to be on his way out at the start of last summer.

However,De Gea from the major U-turn by signing a new contract with United and this proved to be the end of Valdes at Old Trafford. He fell out with manager Louis van Gaal shortly afterwards and this led to his loan move.

Manchester United goalkeeper Victor Valdes still has not given up hope of moving from Old Trafford in the summer.

This is despite the club parting company with manager Louis van Gaal. The Dutchman was responsible for bringing Valdes to Old Trafford, but the pair almost immediately fell out with each other.

Valdes is unhappy at being rushed back from a long-term anterior cruciate ligament injury while van Gaal has complained that the former Barcelona goalkeeper has not been fit enough to even consider rehabilitation. After spending a short time away from United on a loan spell, Valdes returned to the club amidst uncertain future.

The goal keeper, who is widely reported to be interested in a move back to the English Premier League, will leave current club Standard Liege in the summer when his current deal lapses.

The goal stopper played for Spanish giants from 2002/2003 season before leaving the club after the 2013/2014 season as he dropped in the pecking order. He made the move to English team, Manchester United but could make an impact. When Current coach, Louis Van Gaal took over, he was snubbed before being sent to Standard Liege on loan.

What exactly happened to Victor Valdes? Where did it all go wrong and where did there start to be some kind of downfall? 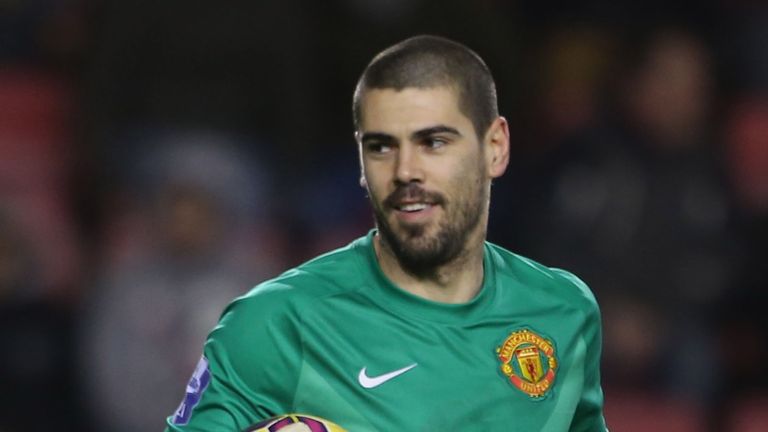 The Manchester United goalkeeper seemed to be on top of his game for quite some time but after a while, there was a slight downfall and this downfall kept barreling downhill at rapid speeds until it eventually lead to the complete demise of Victor Valdes. So what exactly happened and is there any chance of recovery?

Luis Suarez received a 9 match ban for Uruguay which prevented him performing with his national side for over 20 months.

The Uruguayan player received this ban after he bitted Italy’s Giorgio Chiellini during the 2014 World Cup.

This ban just recently expired and the time simply couldn’t have been better as he makes his return to the Uruguayan national football team just in time to play with Uruguay in their 2018 World Cup qualification match as they locked horns with Brazil.

It’s pretty clear that Victor Valdes does not have a future with Manchester United as the Spanish goal-keeper has had problems with Louis van Gaal after the player reportedly refused to play in a reserve match and this has led to Valdes being completely dropped from Manchester United matches and Valdes is now performing for the Belgium side Standard Liège as he signed a 6 month loan deal which extends until the end of the season.

Manchester United have reportedly agreed a deal with goalkeeper Victor Valdes, which would see the former Barcelona keeper leave the club in the January transfer window.

Manchester United’s Louis van Gaal is going through a summer signing spree as he has already signed: Bastian Schweinsteiger, Morgan Schneiderlin, Memphis Depay and Matteo Darmian just to name a few of the big profile players that have recently entered Old Trafford and will be helping out the Premier League club in their journey of taking away the title from Chelsea as well as aim for the European titles.

Italy manager Antonio Conte has been struggling to put his own impression on the national team.

Victor Valdes made a good impression in the final game of the Premier League campaign after keeping a clean sheet against Hull City.

The former Barcelona man was used in the place of David de Gea, who missed the game due to injury. However, he is widely believed to have played his last game for the Red Devils amidst from Real Madrid. A move back to Madrid sounds extremely exciting for the player, who has been named as the Player of the Year by the club and its players. After having joined United back in January, it took a long time for Valdes to make his debut.